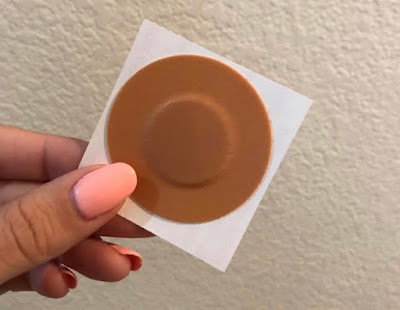 In the cannabis market there are many methods of consumption, some more popular than others.   There is the common inhalation (smoking, vaping), to the also very popular oral consumption (edibles, lozenges, pills, food, suppositories, etc.) and then there is the also growing topical administration.

One amongst the newer methodologies for administration of cannabis medicines is the use of transdermal patches (trans meaning through and dermal or "dermis" meaning skin), including topicals of gels, salves, creams for the treatment of many common ailments.

The transdermal drug delivery method works after adhering to the patients skin and delivers medicine through the skin in a non-invasive manner.   The medication permeates the skin in a localized controlled fashion allowing more steady levels of the drug in the body. Cannabis oil patches are secured with adhesives, which are designed to adhere comfortably to the skin which in turn allows a patient to use the patches for as long as indicated by his or her physician which is recommended to be worn anywhere between eight hours to as long as five to seven days. 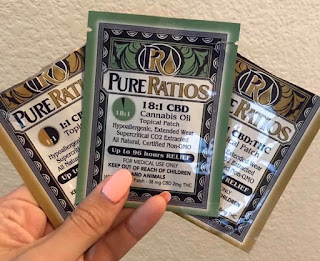 The skin is our bodies largest organ, covering and protecting the body.  It regenerates when needed and provides limited but essential permeation in three layers consisting of the epidermis, dermis, hypo-dermis. 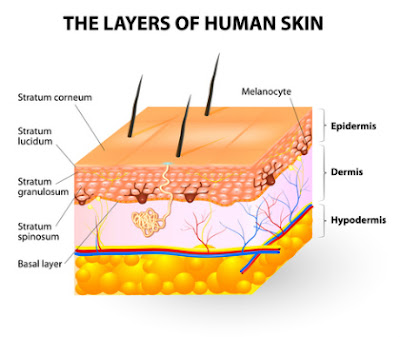 The first layer, the epidermis, is the skins outermost layer that contains the stratum corneum which is the barrier of the skin to the entry of foreign substances into the body. The epidermis is the layer where the patient adheres the transdermal patches.

The second layer of the skin, the dermis, lies beneath the epidermis containing connective tissue giving the skin its structure and strength. It is also where your sweat glands and hair follicles reside and is the layer of skin that transmits medication from the patch to the third layer, the hypo-dermis.

The hypo-dermis, the third and deepest layer of the skin, is the layer containing blood vessels which also reach into the dermis and epidermis.  Those blood vessels are most important as they transmit the medicine from the patch into the blood stream.

THC, Tretrahydrocannabinol, is the most recognized ingredient in Cannabis.  Great for Pain Relief, PTSD, Nausea & Vomiting, Appetite Stimulant, Asthma, Glaucoma, and as a Sleep Aid.

CBD, is a growing popular cannabinoid, unlike THC, CBD does not produce a high.  Has notable anti-inflammatory and immunodolatory effects.  Sedating, hypnotic, anti-epileptic, and antidystonic effects have also been described.   CBD is also a modulator of some types of opioid-receptors, and can modulate sleep.

THCA & CBDA, these are cannabinoids found in raw cannabis.  They can be eaten, applied topically, and juiced.  When used as a nutritional supplement these benefits were found : Anti-inflammatory, Antioxidant, Improved Intestinal Function, and Improved Neural Function.

Cannabinoids play an important role in cannabis.  Whether you're using it as medicinal or recreational its a win for our body!   So if you are not fond of the inhalation method and maybe the oral method also makes you nervous, maybe the topical approach is the way to go for you! (every patient is different and has different needs)  Also, if you believe in the healing effects of the cannabis plant and are trying to spread awareness of its medicinal properties, topicals are a GREAT WAY to introduce someone unknowledgeable or new to cannabis.

Have you tried Cannabis Oil Transdermal Patches??  PLEASE -> COMMENT BELOW your experience, the effects - would love to hear more input from patients.  Also help a woman out with a SHARE of this post! #SpreadAwareness #CannabisIsMedicine

+ More information and education on cannabis on my website under categories : green science & cannabis research.