THEY DISRESPECT YOU BECAUSE YOU LET THEM 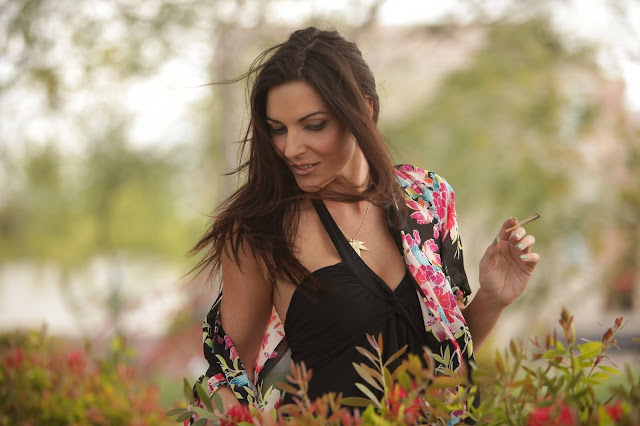 DELICIOUSLY DEE
THEY ONLY DISRESPECT YOU BECAUSE YOU LET THEM

Who do you blame? YOU let'em!

You teach people how to treat you, THAT IS FACT!

And TRUST - I know this is because DUH it has happened to me a F load!  Mostly when I get into my feelings/head too much or put love and trust into wrong hands.  I, like many, can be too nice and people take advantage.
I grew up in the south and in the country, people there were just nicer, neighborly, "old-fashioned"... however you want to say it.
I say it as - respectful.
Because of my up bringing, I guess one could say, I was TOO NICE for some areas I have come to call home!  Small town meets BIG CITY.  And I learned that a lot of people, well, to put it bluntly ...suck!

Look up YouTube videos of puppies, kittens, being cute and look at all the dislikes.  (yeah - there are dislikes.)  Truth is, there are some morose people co-existing in our world, that just are because they see no other way.  And let me tell you - they have ZERO problem and also they love bringing you into their misery.

I myself, like most, have been through the tolls of life.  I've watched my only sister go in and out of rehab over a heroin addiction and then lost her to a prescription drug over dose (methadone - the drug that was meant to help her), I have been raped, I have turned to drinking and drugs to forget memories - I have like EVERYONE been through SHIT!  I am no hypocrite and I am not perfect.  The way life is designed makes it impossible for one to be perfect,   although the world and individuals will constantly measure you up against "THEIR VERSION" of "perfection"!
But who can be perfect in an imperfect world?
I mean come on...kids are taught since birth to be careful of strangers.  Do you think that would have to be taught in a "perfect world"?
For years I tried to measure up to this "perfect"...with relationships, jobs, parents.  And... I seemed to always come up short.
*THANK GOODNESS!

One realization I had was that for some reason I have always been drawn to,  as in dating or a romantic sense , as I call: very Eeyore type personalities...
You know the type: blaming everyone for their problems, never happy no matter how many would kill to be in their place, judgmental, sadists, users, haters...lots of words to describe the negative soul.
One long story short:
I, before I even moved to Las Vegas, fell for one of those personalities. I had admiration of him and what he accomplished in his life.  He was part the reason I ended up moving to Sin City.  We had a lot in common almost serendipitous - the works! Physical attraction was definitely there. But alas...it was not reciprocated.  I would text him, he would not reply..sometimes he would just stop talking to me without cause, mainly because I wasn't to him as he was to me.  But he would pull me back in without hesitation when ever he wanted...because he could.  He had me, he knew it, and I was that DUMB GIRL. I thought he cared a little and found out repeatedly he did not. But, I was in love right?!... it went on and off for years. Whenever he called I'd stop what I was doing to run back to him. *goodness I was so stupid
But IT HAPPENS!
I ended up taking this "love of mine" to one of our mutual friends weddings and you know what...he didn't disappoint.
During both the rehearsal dinner and the ceremony he brought up to me my past and when "I turned to drugs."  He put me down - was negative in general towards me. (yeah at our friends wedding)  I smiled and brushed it off.
He also made multiple comments of "well I wasn't invited to the wedding, you had to sneak me in."
Just in general negative vibes, selfish words at someone you are supposed to care abouts day.
He later after sitting down at the reception made gestures towards his pants as if jokingly "hey you want to give it a go?" (wink wink)
*wow, really? UGH OH PLEASE! LOL
Lastly he made comments at the table of "no one wants to take my last name""some of us are just meant to be alone"
and thats honestly when I just looked at him with a smile and replied in front of everyone at the table..."actuallly NO.  It's a choice to be alone.  Just like it's a choice to be happy!"
He looked back at me as I got up to walk away and laughing gave me a look like *lol this dumb b*tch and said "oh yeah, its a choice...?"
I replied, "YES, it's a CHOICE!"

That is the BEST realization I have yet to find in my life.  You are one choice away from a completely different life and your attitude on life
SHAPES YOUR LIFE!
You ever hear, "you're putting that vibe out there."
well ...it is true!
What you put out you get back.
And the vibe you can give off to those that will take advantage is that they will disrespect you because you let them!
You are going to get dealt cards, lots of them...shitty ones!  Its all in how you deal with it.  And the only thing you can do is:
Take a breath, smoke some weed, look at the problem, FIX IT...& MOVE ON!
If you think about it...is there another way around it?
You ignore it, it doesn't go away...

I'm just a woman who has been through some hardships that has learned ways to get through them and am sharing them to you here in hopes to give you clarity and strength.

Those fairy tale "happy endings" will have you thinking quite falsely about what to expect in your reality.

You have to work your ASS OFF every day for yourself & loved ones.

If you are in a unhealthy relationship...especially those that don't have children with the MF...if they treat you bad...you have ZERO REASONS to try and work it out with the idiot. - LEAVE 100%
Love does not conquer all! (the movies lied- shocking I know)

Don't ever let someone use you beyond your means. They will break you and take you down with them.

Some of you may say I am jaded after reading this.
Sure, if you want to use that word, go for it.
But I look at it as the real truth of it all!
Truth is you will meet people, plenty in fact, that will hurt you and take advantage of you. Those people have now, or should have effected you in the way of altering your perception.  Which IS A GOOD THING.

He/She doesn't care...No one cares (does that make you sad?) - well suck it up buttercup, keep going! Because others that you do know care and they are the ones showing it!

I have found out that most people create their own problems.
We create our own hells. - I have for sure.

I got bad grades - I didn't study.
I got a speeding ticket - I was speeding.
I am broke - I didn't budget myself.
I was late to work - I went out the night before.

Thats as REAL as it gets!! And for some reason so many of us, myself once included would find it hard to "man-up" "woman-up" to what they themselves caused.

Yup pretty much goes down for everything that goes wrong in life. Then the funny thing is, those events would then trickle down to "the world".

Example: I went out and got drunk, over slept - was late to work, cut off a guy on the road - got a speeding ticket.  Yeah, you can imagine my mood and how I effected people around me.  You think I noticed?  LOL Nope.  It was all about me!  Blaming the world for my problems and then I brought my negative shit into the world. So the guy I cut off - you know that added to his day.  Then was hungover and late to work, people had opened waiting to be relieved and maybe have kids to pick up or plans that I interfered with...oh and that speeding ticket, yeah I gave the cop attitude (which helped I am sure) and added what?  It added NOTHING POSITIVE to society. All of it...
I was in fact a asshole. (just saying)

I learned more about myself by moving, traveling, meeting new people, getting out of my world and into others.  Some were good, some were bad. The bad experiences taught me how to toughen up.
Which was NEEDED for my self growth.

Why I ever put the place I lived, my job, or another human in control of my happiness is beyond me. I would as I say "get in my feelings" or head too much.
I would see a vision in my head of what/where my life was supposed to be and I would get so upset that it didn't turn out like I envisioned.
That was my fault.

I was at one point in my life depressed for a long while, especially when my sister passed.  You know when I got happier in my life? When I took time to be alone...I call it my time of focus and I am still in it.
"I suffered enough heartache in my twenties, so I am going to take a couple years off in my thirties."
*That is what I tell people and it's not a bad thing to do.

If you are in these situations of life I strongly suggest you take a time of focus.

Take time for yourself.  Get to know yourself...you kinda need to.

Get organized.  I know zero people that are successful that are unorganized. Plus you will in general feel better doing it.

You don't like your job.  Change it! Figure out what you love to do, build it on the side if you have to until you can do it full time.  - It won't happen instantly. It takes time, but if you want it enough, it's obtainable.

Get rid of the negative people in your life and only keep those positive souls that believe in you, support you, and inspire you in your life.
Those other people are TOXIC and will stunt your growth.
If they talk shit, let them!! They are going to anyway.
Learn to laugh at it.

Retrain your negative thoughts.  They are nothing but TOXIC to your life and success in both as a person and in business. - you don't want to be Eeyore

I had to retrain my brain to not sweat the petty and to look at everythings happier side.  It took time and I am still in practice of it.  But what I see is if what I am so mad about doesn't effect my everyday life as to my ability to pay my bills, my health, then it does not effect my every day happiness.
*remember that

And man-up/woman-up to your mistakes.
*you make them! Everyone does!
It's ok, just think first, be smart and try not to make too many big ones.

Now, don't be unopened to meeting someone that may be "the one" tho. This is NOT a man hating feminist post.  This goes in general with everyone you meet and of having a happier life. Look at the facts, how you both compliment each other, and pay close attention to who your vibe drops or goes up around.

"You are going to have to compliment my life or you won't be in it at all!"
- deliciously Dee


! KEEP OUT OF REACH OF CHILDREN !