PREVENTION IS BETTER THAN A CURE 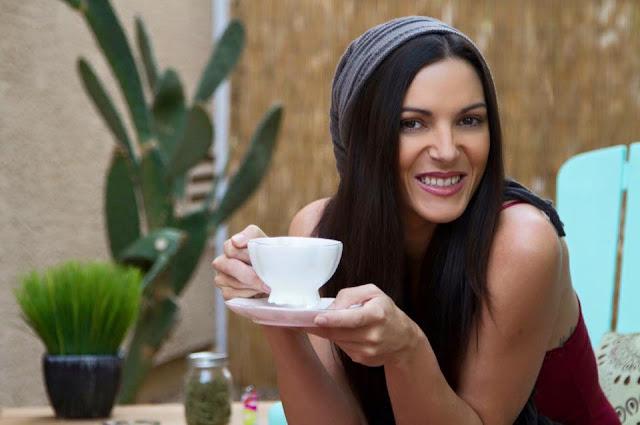 PREVENTION IS BETTER THAN A CURE
by: deliciously Dee

I posted this meme to my social medias as a resource for those to get away from the false propaganda surrounded around marijuana. 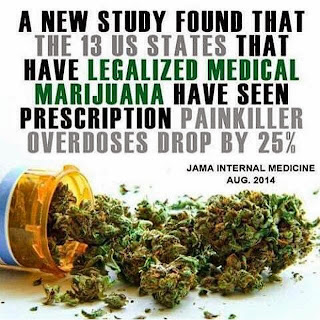 A lovely intelligent woman by the name of Mareena commented beneath my post stating that she had written a paper about the rising issue of prescription drug overdose and heroin use as becoming an epidemic in her suburban home town.  She was kind enough to email me her well written researched paper and I am using her research as well as my own for this blog post.  Thank you again Mareena for sharing this with me.

There is a lot of old propaganda about Marijuana as being "The Devils Plant", "Devils Harvest", "Gateway Drug", "Illegal it's WRONG" the list goes on.  This list of false reasons has been embedded in our societies brains for decades which has lead to the overall debate of "should marijuana be legalized?" Why does society believe so easily these false statements about a natural growing plant?

All of us have put our trust in a prescription drug or doctor with the belief and comfort of that "they are a doctor/pharmacists they know more than me and what i need to help me get better".  Yes, doctors and pharmacists are very intelligent people.  They have gone through years of schooling of the human body and they have done lab tests that have proven certain medicines to heal/help with certain aliments.  Those are facts.  I am not writing this to discredit their hard work and schooling.  I am writing this because I believe that EVERYONE needs to do their own research on their aliments and choose their best option for their bodies.  Because another FACT is...what do you call a doctor who graduated dead last in medical school? - (Answer: Doctor)
Doctors and Pharmacists are people too and people make mistakes.  Also people need to understand that the world is not as sugar coated as we think.  There has been cases of doctors messing up on a diagnoses.  There has been cases of pharmacists giving out incorrect medication.  There also has been cases of doctors getting paid off or "kick backs" from pharmaceutical companies in order to push there drugs on to patients.  These are all facts one can find doing very little research.  Truth is the majority of our society believes everything they hear when they should believe to "question" everything they hear.  And my question is.... 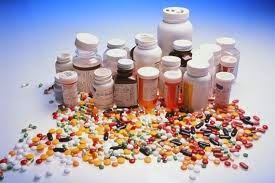 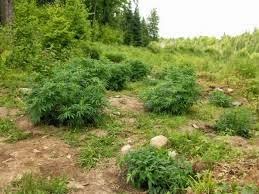 
I give you Human vs Nature

So...why is our society so trusting of legal prescription drugs verse a natural growing plant? Because of the word "illegal" you believe that it is unsafe?  Collecting rain water is "illegal" (is that unsafe) OR better yet, alcohol is LEGAL and is the leading cause of death worldwide...but it's "Legal."

Many do not know that prescription pain pills are said to be the largest gateway to heroin abuse.  It is a growing problem nationwide.  The effort to fix this epidemic has been to eliminate prescription pain killers in homes of individuals where they are easily accessible by addicts or curious teenagers.   This approach, as you could expect, did not work as well was they had hoped.  Focussing all the attention on eliminating them is not the right approach to fixing this social problem our nation is facing.  My sister lost her life to a prescription drug overdose of Methadone (legal drug to wean off heroin addiction).  I know I am not the only person that has felt the effects of loosing a loved one to addiction.  And the only question that I have is...Why?  Why is this becoming such a nationwide problem? Why isn't there at least one SAFER medicine available for those in pain?
The research done by Mareena on her home town of Cuyahoga County states the same, "prescription pain killers are the largest gateway to heroin use, abuse, and overdose.  According to Cuyahoga County Pleas Judge, David Matia, 60 % of the individuals in drug court are there for opiates and about half of those individuals started with legal prescriptions for legitimate medical reasons.  When their prescriptions are over, they are now dependent on the opiates, and are forced to find an accessible alternative: heroin, which is also cheaper.  Curious adolescents find there prescriptions in their parents' medicine cabinets and take them for themselves or friends.  These teenagers find themselves addicted without access to more of the drug so, they too, must find an alternative.  It's one thing when individuals are abusing controlled dosage prescription pills, but from the streets there is no guarantee on the product and the fatal amounts are more likely to be taken.  Another concern is that heroin sold on the streets is becoming more and more pure, making it stronger and easier to overdose on.  Sales of legal prescription drugs have increased by 300% since 1999 and the number of deaths by overdose of heroin has tripled.  Since, prescription pain pills are one of the most known leading causes of heroin overdose, it seems appropriate to focus most of the attention on reducing the amount of prescription pain pills available in homes.  In 2011, Ohio Governor John Kasich passed the "Pill Mill Bill" with the goal to crack down on pain management doctors over-prescribing pain pills.  Approximately 91,000 prescriptions were seized, most of them being opioids.  Licenses of 38 doctors and 13 pharmacists were revoked and 15 doctors were convicted of contributing to the drug abuse of patients.  Drug drop-off zones were created allowing individuals to properly dispose of unwanted prescription pills in their homes so that friends and family could not have access to them.  These measures failed severely.  Addicts had already been created and now the prescription pain pills these individuals used are unavailable sending them to the streets for heroin.  Eliminating prescription pills created more heroin abusers leading to the need to help these addicts get over their addiction.

Rehabilitating heroin addicts, using methadone, is a highly effective method used.  Imprisoning addicts will not help their problem.  For those already addicted, rehabilitation is the most logical option.  Rehabilitating heroin addicts requires replacing their drug with methadone.  Methadone inhabits the same opioid receptors as heroin without providing the "rush" felt by heroin.  If given properly, methadone is highly effective and also blocks the feelings felt by heroin if one was to still try and take it.
Preventing the use of heroin, in the first place, should be a main priority.  The previous methods mentioned all take action heroin has already been abused and in the case of death by overdose, it is too late of an action then.  Heroin is so dangerous that one can overdose and die the very first time they use it.  Many first time users of the drug are teenagers looking to experiment just for fun so they might not know anything about it.  To them, it would seem like any other street drug that they've heard about, and it doesn't seem so dangerous.  These youth need to know the high risks of heroin use in order to prevent them from even trying it.  Programs discussing the extremely addictive properties of heroin, and the death by overdose rates would show how dangerous it really is.  Since studies show that some youth are more at risk of drug use, special attention needs to be given to these youth specifically.

The heroin epidemic in Cuyahoga County continues to grow and alarms many residents.  Family and friends are affected when a neighbor, classmate, child, or co-worker dies of heroin overdose.  Previous approaches taken, such as the "Pill Mill Bill" and incarcerating individuals found with heroin, have not helped reduce the rate of people dying from an overdose.  Methods such as rehabilitating addicts and preventing initial use of the drug might be more effective in treating the social problem of death by heroin overdose in Cuyahoga County."  (Mareena)

I agree with Miss Mareena.  Prevention is better than a cure.  I like most grew up a very "sugar coated" or "sheltered" life.  No rated R movies.  Disney movies throughout my youth (lol).  BUT there is one movie I watched, as an adult, that scared me half to death, "Requiem for a Dream".  It was a GREAT film.  Excellent in fact mostly because of how "real" it was.  There were scenes that depicted the severity of the pain that those individuals went through for their addiction.  Those scenes definitely scared me from ever trying the drugs shown in that movie.  In saying that, I remember having a D.A.R.E. class in school, but I don't remember seeing the "real" that I saw in that film.  I don't remember getting scared. I was taught regurgitated information of the chemicals in those drugs and what text book said to be "bad" for us.  But I never "saw" the physical...the pain...the suffering...the stages of addiction and where your life can go.  I know we want to hide the ugliness of the world from our children's eyes, but maybe we should change our teachings a bit for our youth.  Probably not show them this exact movie, but something similar.  Their eyes will be opened eventually so why not have it shown in a realistic way of a "what if" situation.  We need to educate in ways that will actually get through our kids heads.  They need to see what happens in those situations and how those drugs can ruin their lives. The two main things that govern our society is money and vanity.  People spend a ridiculous amount of time and money on items to make them more attractive or to show wealth.  Many if asked admit that they only go to the gym to look good naked. (we all want that, lol) If you showed a kid at an early age photos of what heroin/crack/cocaine addiction does to your body would they dare try it?  If you explained what an EXPENSIVE habit those drugs are and how they will never have nice things because all of their money would go to their addiction.  If you educate them on the facts of "this is what happens" I believe more of them WILL think twice.  And thats all they need to do is think twice.  I have found that you cannot protect your child from everything and the worst thing you can do is too not educate them on things they will face in their life.  You will at some point see dangerous drug use.  You may be asked to try.  It is your choice and choices are better made when one has knowledge on the subject.

Thank you to Mareena for sharing your article with me. Was a great read! :)