It really amazes me every day how much free information is out there and how little of it is used.  In olden days intelligence was a mark of status because education wasn't available to everyone.  And if you were educated your thoughts and practices became the higher class.  Now practically EVERYONE has a smart phone, computer, or you can walk into a library and use them for free and still not many take advantage.

When I was growing up, if I had a question I would go to my parents like any child.  "Dad why is this like this?" , my father would begin answering my question, but before he would finish he would stop himself right at "the answer" part and say "you are going to have to research the rest and come back to me with your findings." Used to make me so mad lol but now I have a deep appreciation for how my father raised me.  He raised me to find the answers myself and to not trust regurgitated information...probably why I am still an avid reader and documentary junky.  Some of you will find this shocking, but I still haven't seen one episode of Walking Dead...I don't really watch tv shows or tv for that matter. My family ways was to "do it yourself", "find it yourself", "grow it yourself".  Still makes me laugh that I can change my own brakes and tires and not many men I know even know where to start. LOL

In saying all this A LOT of people have been given false information over the years on many things they consume.  Mainly because our information was "controlled" i.e. television, commercials, propaganda, newspapers... "they" put out what "they" wanted you to believe.  Now this is where we all should be thanking the inventors of the internet!! Because of the internet, websites, and blogging... individuals can share their information and findings with the world.  Hidden truths are now coming out.  How our food in our grocery stores is processed and packaged and what they are doing to it.  Back in the day, it was considered "cool" to smoke cigarettes and get wasted with your friends.  The smoking Kools makes you cool commercials and Budweiser commercials started, as I believe, to be chemical warfare to our own society.  Think of all the lives lost to cigarettes and alcohol..and it was all because they were branded and marketed well... AND... they were LEGAL!!! Now, THANKFULLY, there has been a wave over the years of getting healthy as the "cool""in" thing to do! A wave of helping others, appreciating life, organic, fitness, and health. :) Now...Let me take a second to pat America on the back! #GoodJobAmerica

Thank you to all those that spoke up and spread this much needed information!

Now I am probably going to tick a lot of people off...

How far have we come just to go backwards...being that I am from Virginia, our founding state, the state WHERE the confederate flag was held by Robert E.Lee as a symbol of the Confederate Army...to those of you that are offended by it being taken down of our nations capital....

I completely understand how it is from some peoples heritage, a southern pride, WHAT EVER you hold it as...

However...you cannot argue that the flag is a symbol of segregation for our country NOT unity!! Therefore it IS TIME to take it down. We are ONE NATION.  Yes, by all means it should be in museums to educate youth on how far we have grown as a country and if you want to fly it at your home because it's apart of your family history so be it...shoot you can even wear it as hip hop artists Kanye West, Outkast, Ludacris, and Lil Jon have done!  But if you are saying that you're "offended" by a flag (a piece of fabric) that was first made in the 1800's (when NO ONE ALIVE TODAY was ALIVE) please tell me...how does it "offend" you?  Ask yourself has ANYTHING good ever happened from holding on to the past? Does it effect your every day life, your job, your pay, your marriage, your health...NO!! It was made hundreds of years before you were a thought in your parents head.  If it DOESN'T EFFECT "YOUR" life in those ways...then the fact that you are offended is just plain ignorance.

Rather like the recent legalization of gay marriage or as I like to call it "marriage"!  Again...how does what someone else do in the privacy of their bedrooms "offend" YOU?  I know for a fact I am not speaking for myself when I say...love is HARD to find.  Divorce rates are higher than ever and two people regardless of their sex should have always been able to legally spend the rest of their lives together.  A Fact, if you didn't know, is our nations anthem was written by Katherine Bates, a lesbian, so it is ok that she may write our nations anthem but cannot love freely the woman she loves in America "Land of the Free"??  I swear a law that should be written in America is "Common Sense Law"!!  Because seriously half the crap people get offended about makes ZERO COMMON SENSE!  To quote my mother "People always haven to make Somethin' over Nothin"!

Now to racism...I swear I still do not understand how it still exists! ANYONE and EVERYONE that is a racist is a HYPOCRITE - AND - IGNORANT AS F...PERIOD!

In every race, every color, our world has made amazing advancements that effect our every day existence and comfort. The next time you say a generalization like "I Hate (insert race) People" think about not having certain inventions that I am certain you COULDN'T live without. For example, an amazing inventor, entrepreneur, and winner of the National Medal of Technology, and inductee of the National Inventors Hall of Fame - Frederick Jones, a African-American man, innovations in refrigeration brought great improvement to the long-haul transportation of perishable goods.  Jones designed a portable air-cooling unit for trucks to carry perishable foods to the destined markets for consumers to purchase.  His invention was especially important during World War II with also preserving blood, medicine, and food for use to army hospitals and open battlefields.  Now how many of you brush your teeth?  The tooth brush was originally invented in the late 1400s by a Chinese man set with pig bristles and a bamboo shoot and spread to Europe 150-200 years later.  As if everything in America didn't say "Made in China" on it anyway.  Then how many times do you use the reverse in your car?  Because the reverse motor was invented by Victor Ochoa a Mexican American.  Stainless Steel, invented by Hans Goldschmidt, a German-Jewish chemist!  Or how about the arts and atheletes ?? The beloved singers, song writers, athletes, actors, and celebrities whom we ALL enjoy to behold these individuals great talents.  To be very honest - the list goes on and on and on! So with all of these races that have made our lives better...how then does racism exist??  I don't know about you, but I couldn't go a day without my toothbrush, being able to drive, stainless steel, music, entertainment, and especially FOOD!  How can people NOT see how much we ALL benefit each other as a whole?  How can there be individuals that think the world would be so much better without a certain race in it?

From what I've witnessed, people will see and take one publicly made event having to do with a "bad egg" of a certain race and connect it to that race as a whole.

Then those people continue to spread their ignorance and lessen the advancements of our nation as a culture!  I swear sometimes I wish the whole world was color blind!

I am from the country, farm land, and you know what we did with the "bad eggs" ...we threw them out!  And guess what that bad egg didn't have any impact on any of the other eggs AND once removed was not thought of again!
Point being...

One bad egg does not and should not effect an entire race!

If you are "offended" because it's "against your religion"...ok...break down that statement...it is against "YOUR" religion!!! Not theirs or mine.  Religion, and this CAN NOT be argued, has been responsible for the most mass murders this world has EVER known!  I mean why does the word "crusade" exist...um..."holy war"??... does that even make sense? Because of each others beliefs we have almost wiped out one other and it is disgusting.  Again...it is YOUR religion...how does how ONE person practice a religion effect YOUR every day life?  IT DOESN'T!!

"We were all humans until race disconnected us, religion separated us, politics divided us and wealth classified us." - Anonymous

So to those that are just following along with the ignorance of America and spreading the undeserved hate... STOP! Educate yourselves!!! Maybe you will FINALLY learn that WE ALL NEED EACH OTHER! 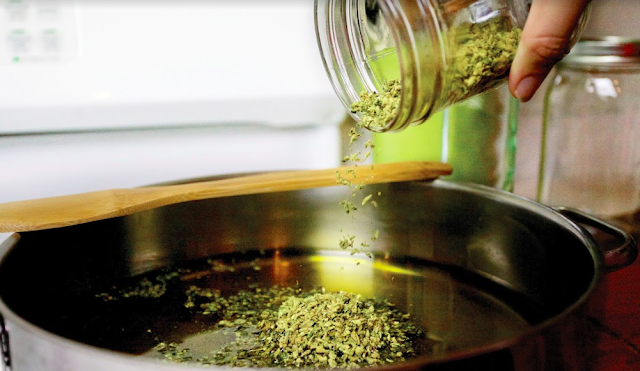